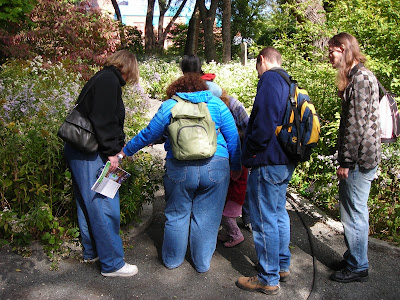 Although the weather forecast predicted sunshine, it was a chill and damp start to our day in Inwood. Bright sunshine eventually emerged.

This far north, Manhattan narrows and there is no East Side. The street immediately adjacent to the Harlem River, which flows into the East River and forms Manhattan's eastern boundary, is Tenth Avenue (which everyone knows is on the West Side).


We discovered a jewel in Swindler Cove, a New York City park under the care of the New York Restoration Project, founded by Bette Midler. Hidden behind P.S. 5 on Dyckman Street at the end of the Harlem River Drive, this once illegal dump has been converted into a mini-botanic and community garden with a boathouse on the Harlem River. 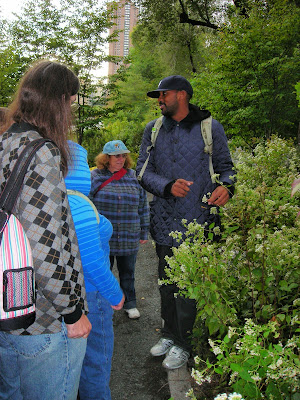 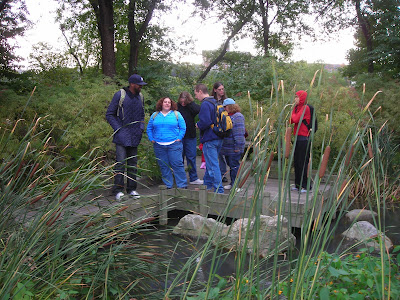 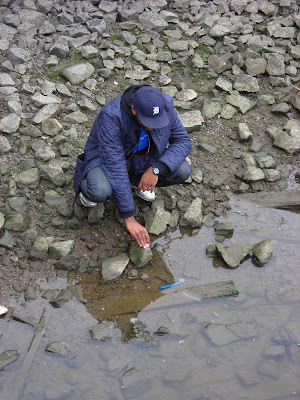 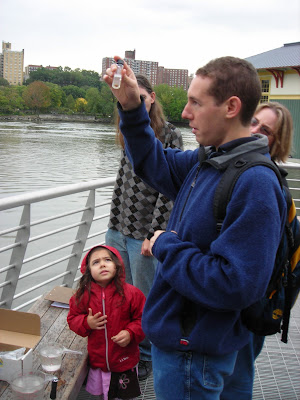 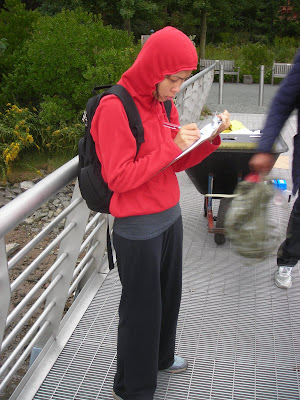 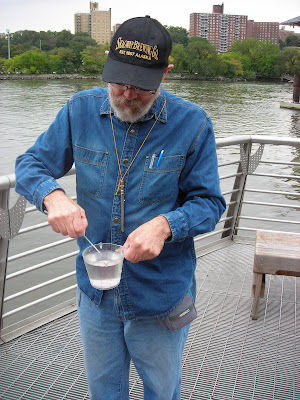 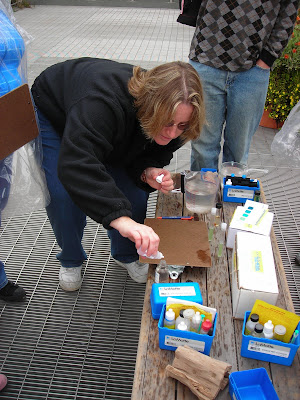 Using a GPS to find our location 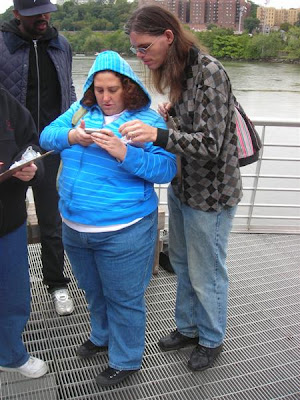 Why did they need the GPS? Didn't they see that sign that said "Swindler Cove Park"? 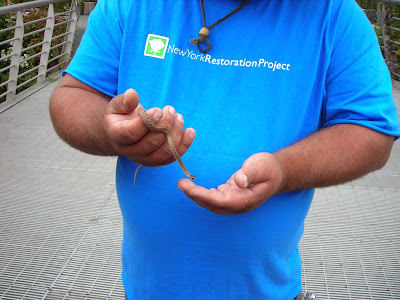 In addition to the snake (above), we saw ducks, gulls and a variety of invertebrates
At the boathouse 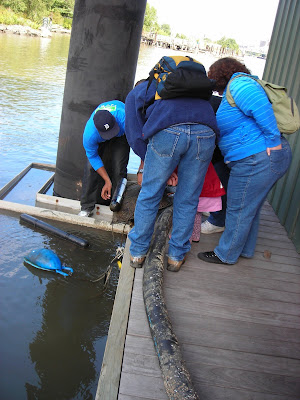 Oysters, grown in traps, are use to indicate water quality. 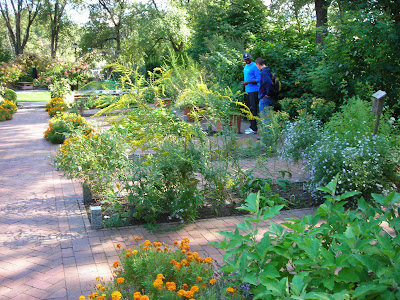 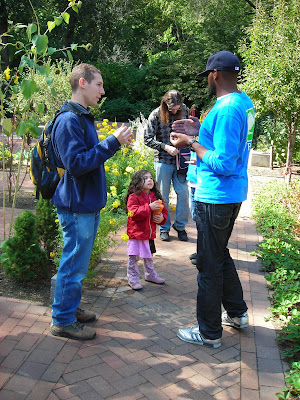 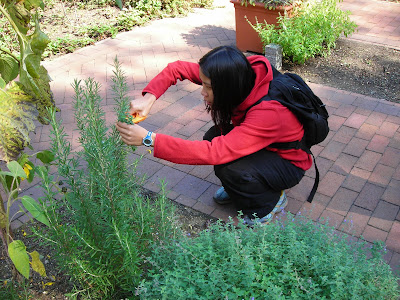 We were allowed to take cuttings. 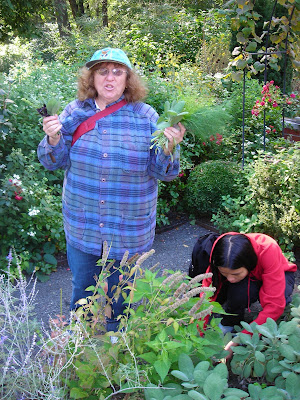 The New York Restoration Project reclaims, restores and revitalizes under-resourced parks, community gardens and open spaces throughout NYC as wel as providing environmental education programs. The NYRP educators are available to do programs, free of charge, at their many locations around the city or can come to your school.
Posted by NYBTA Programs at 12:19 PM